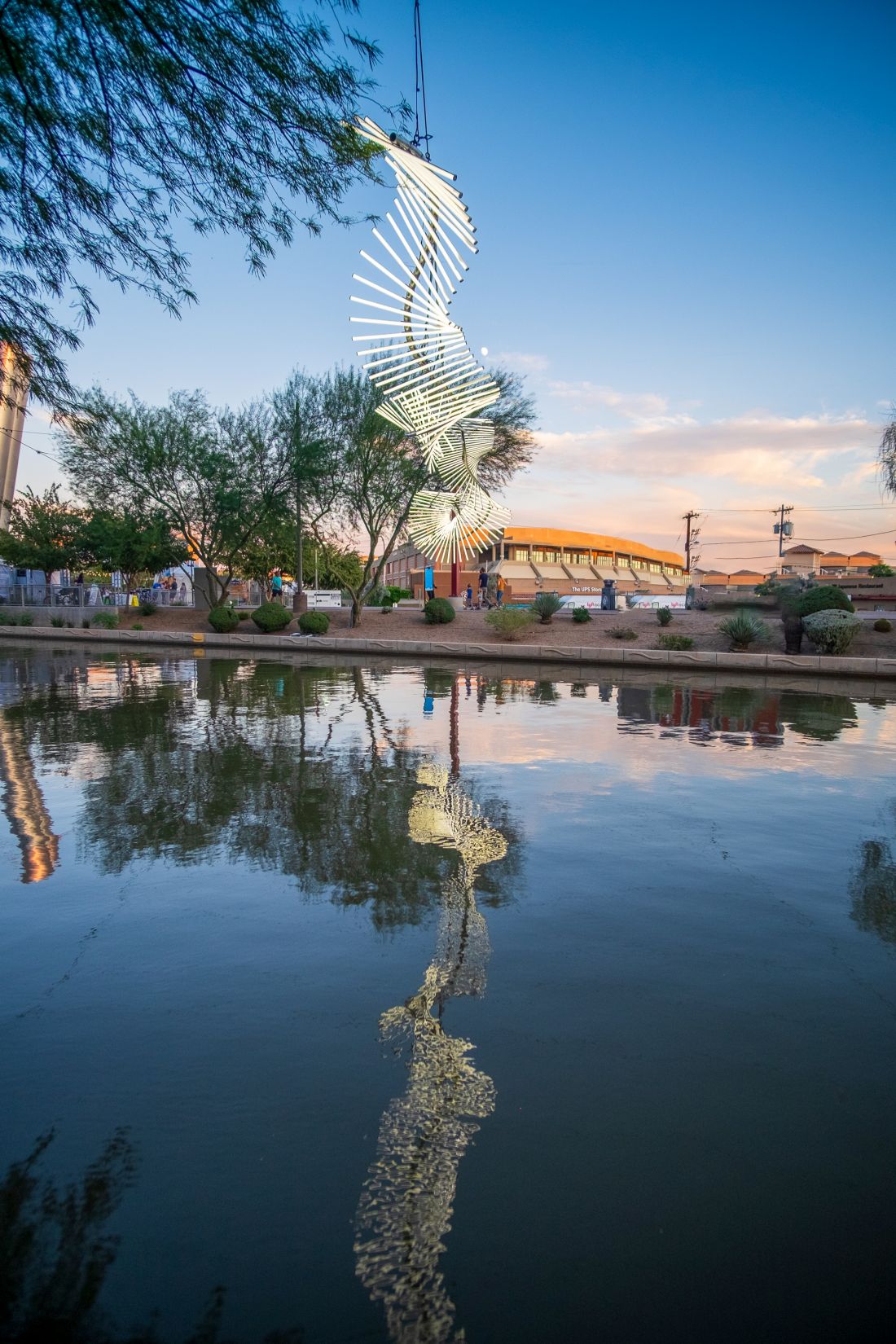 All images courtesy of toyStudio

London-based art and design collective toyStudio has created a new light sculpture installed in the heart of Scottsdale, Arizona, inspired by the swarming of fish and flocking of birds.

On display until January, Swarm was commissioned by Scottsdale Public Arts and made especially for this year’s Canal Convergence – an annual lights festival along the city’s waterfront which draws more than a quarter-million visitors.

The installation, nestled between trees on either side of the historic canal, mimics the flocking behaviour found in schools of fish and flights of birds. This swarming behaviour is expressed by opaque tubes during the day and by night, the LED tubes illuminate, dancing and flickering as if the swarm is alive.

“Our design philosophy is to find mathematical and scientific theories, or natural process and re-apply those rules in sculptural forms,” says Toby Plunkett, co-founder of toyStudio. “In this case, the basic models of flocking behaviour were computationally recreated. ‘Agents’ positioned in a virtual environment, controlled by three simple rules: Separation, alignment and cohesion, were able to interact with themselves and their environment.

“By tracking and recording these journeys, and aggregating/combining these into a single path, Swarm is able to represent the dynamic flocking motion in a frozen form.”

Lucian Freud, a fox in the London art world

MoMA Receives Donation of 100 Photos by Women Artists Spanning a...

Sculptor Guide - December 24, 2019
0
Thanks for subscribing! Please check your email for further instructions.