I was visiting the Montclair Art Museum back in February when I noticed this photograph by Cara Romero titled “Coyote Tales No. 1,” 2018. Romero is a contemporary fine art photographer (born in 1977) who lives in Santa Fe, New Mexico. The wall tag at the museum described this piece this way: “In Navajo mythology, the trickster Coyote was so impatient to have stars in the sky, he impulsively threw them up there without order … in Cara Romero’s photograph, a modern version of Coyote stands with a bouquet of roses behind his back under a twinkling night sky. The late hour and sultry red lighting set the perfect scene for shady deals and supernatural mischief. The Saints and Sinners liquor store sign behind the characters is a playful nod to temptation and unpredictability.” (scroll down for more …) 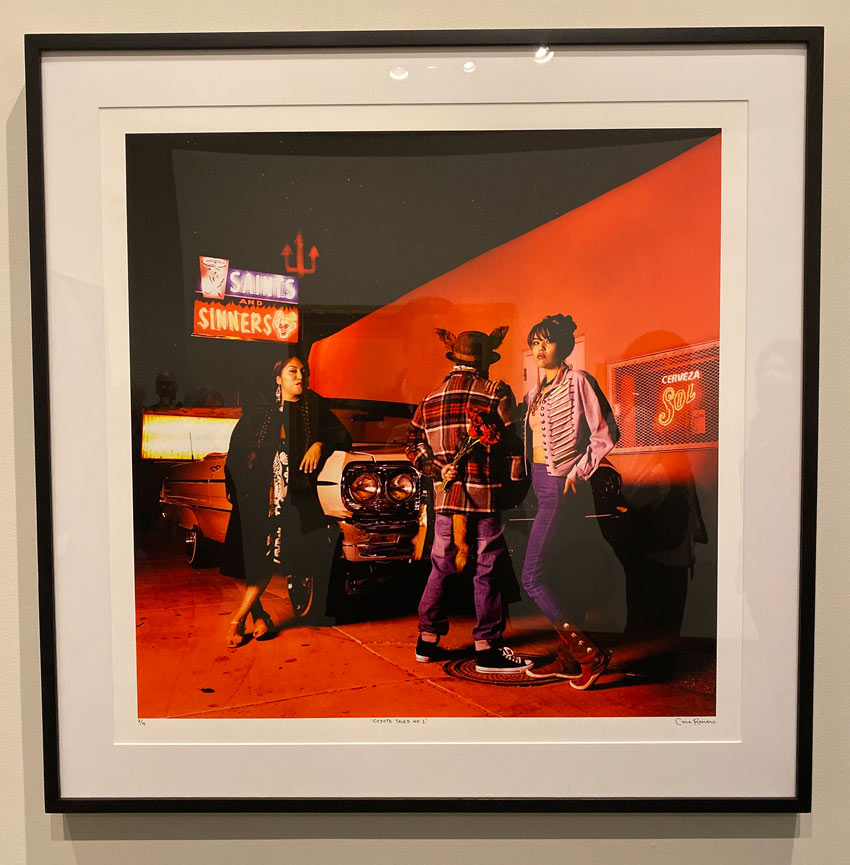 I like this art work, I like Romero’s use of old Native American creation and/or animal stories, and I like how she shows them in a contemporary way – which makes me to want to learn about the stories in their original form. On a side note – did you notice the coyote character’s tail peeking out from under his coat? I love that!

But back to the title of this blog post – my “personal connection” to this art work: it’s the “Saints and Sinners” sign in the background. This sign is located in Espanola, New Mexico, and I saw it while visiting New Mexico in 1993, and I photographed it at the time with black and white 35mm film (see my photo, below left). I liked the imagery so much that I included the “saint” and “devil” character in a painting that I made in 2004. This image has been in my consciousness as a black and white photograph for 27 years (!!), so when I saw Romero’s version in bright and saturated color, it was an intense punch of recognition. 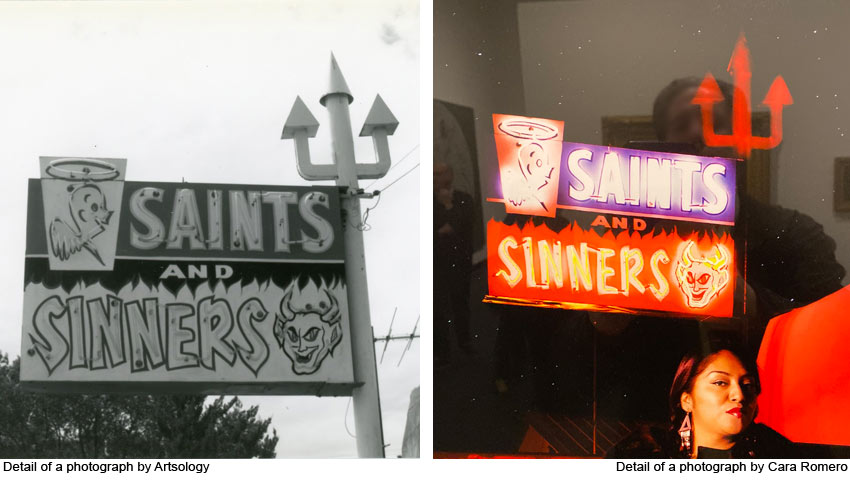 To learn more about the artist Cara Romero, check out her website here and make sure to click the link on her name at the top to read her artist statement.

The (first) President and First Lady in silhouette – The Artsology Blog

Using kid art to make a surrealist tiger – The Artsology...

Sculptor Guide - July 22, 2020
0
Thanks for subscribing! Please check your email for further instructions.