If you’re a regular reader of the Artsology blog, you’ll know that we occasionally get e-mails and image submissions from readers who have found unique and interesting rock art pieces near where they live throughout the United States. The other day I received a similar e-mail, except the subject line read “abrading stone art.” I have to admit that I didn’t know what exactly that meant, so in case you’re in the same position as me, “abrading” means “worn away by friction or erosion.”

The person who sent me the e-mail (a guy named Daniel H.) explained that he found these in a local creek near the village where he lives, and that the creek “is full of many of these art works, and I have a total of about 100 or more in my collection.”

In this case, describing these pieces as “abrading stone art” would suggest that the shapes found here are the result of years and years of moving creek water wearing the stones down in a way that resulted in something that looks familiar. As you can see below left, this looks like a pretty clear depiction of a head (I’m even seeing a resemblance to the Moai stone heads of Easter Island) with a forehead and a nose. The image below right might be a little more abstract, but I see a profile with a deep eye socket, a big round nose, and a pointy chin … do you see it too? 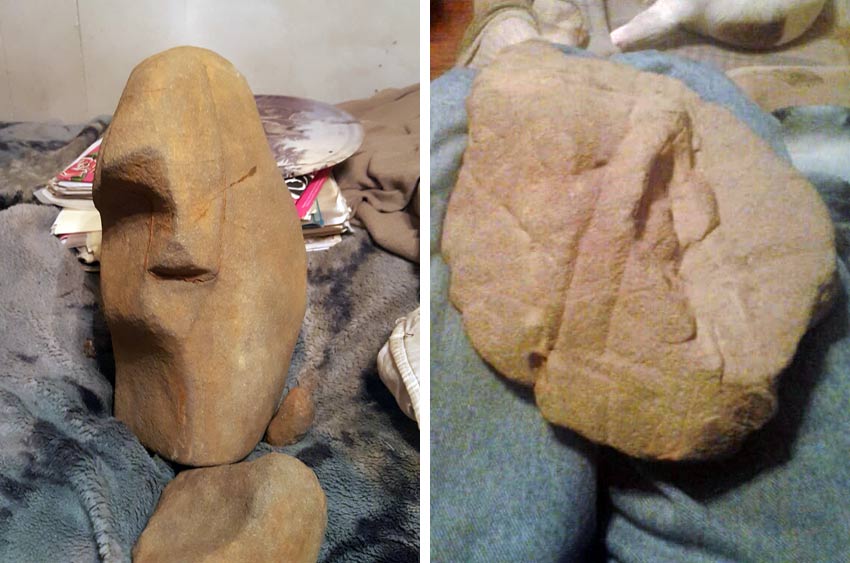 Let’s get back to the idea of these being “abraded.” The picture above left seems more carved than eroded to me, but who’s to say that it wasn’t carved first and then somehow ended up in a creek – perhaps by displaced Native Americans? I know that’s pure speculation, but what do you think? (feel free to share your thoughts in the comments section below).

Here’s a few more of Danny’s finds … the first four don’t appear to me to have any references to people or animals, but I do find it interesting that they all share criss-crossing straight lines. This also perplexes me in the context of them being abraded stones, as I wonder how moving water would create such straight crossing lines? 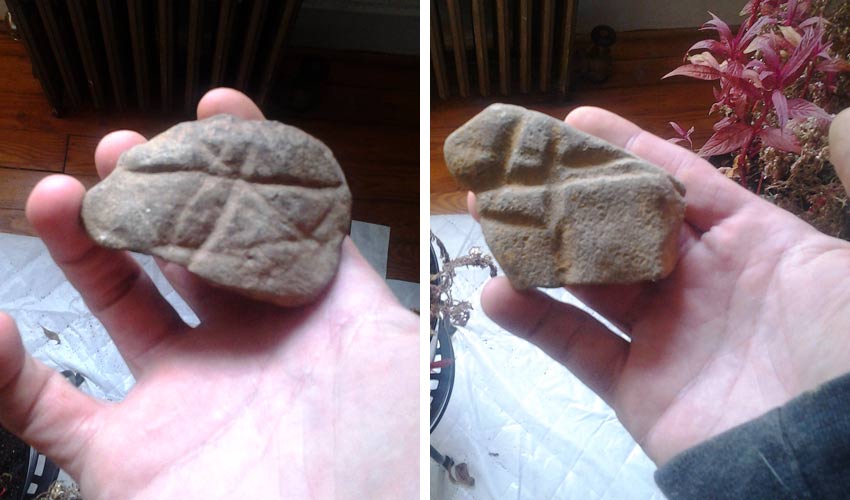 Check out this next pair: they both have eroded in a way that leaves three distinct sections at the top of each, going down to a singular “base” – what’s the likelihood of two stones found near each other eroding in this exact same way? 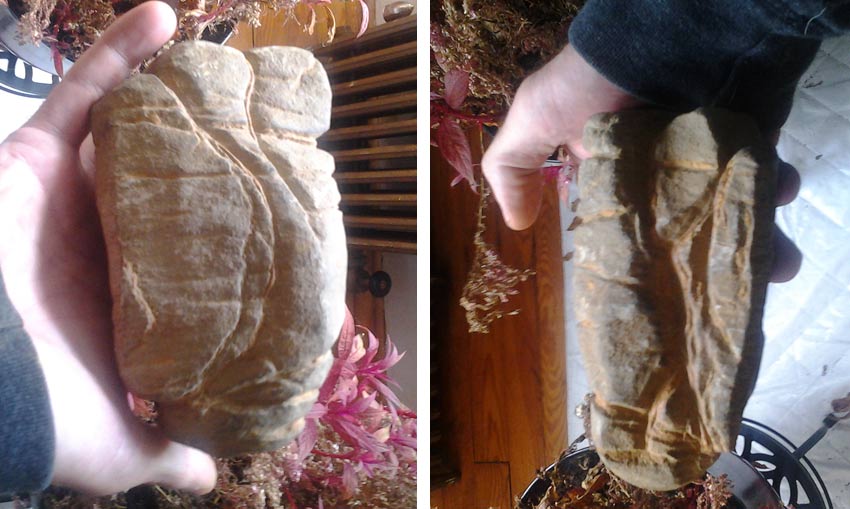 As I’ve told all of the people who have ever sent me images of their found rock art, I’m not an expert on Native American stone art or Indigenous rock art or whatever you want to call these things … but I’m always happy to post the pictures and share whatever info I’m provided in the hope that someone out there can share some knowledge about these items.

This Art Conservator Helps Piece History Back Together

White-collar workers have their say in Jim Rennert’s sculptures – Entertainment – The Palm...

$38.5 Million Has Been Allocated to LA Arts Recovery

Sculptor Guide - February 16, 2021
0
Thanks for subscribing! Please check your email for further instructions.