LOS ANGELES – A 7-foot-tall sculpture is standing in front of the former Home and Savings Loan building acting as a reminder of the homeless crisis sweeping across the city of Los Angeles.

Artist and activist Ed Massey unveiled the sculpture of the homeless man which he titled In The Image. The goal is to highlight “contemporary social themes and historical religious imagery.”

A blanket draped over his shoulders and a giant cup in his hand, the statue has a calm face up close. Massey says he hopes his piece will stand as a symbol of the urban street life for those who are often ignored.

Currently, the County of Los Angeles has nearly 50,000 homeless people, according to the Los Angeles Homeless Service Authority. The majority of the homeless population is living on the streets with others living in cars, tents, vans, and RVs.

The sculpture is located at 2600 Wilshire Blvd and will be on display for the next six weeks. 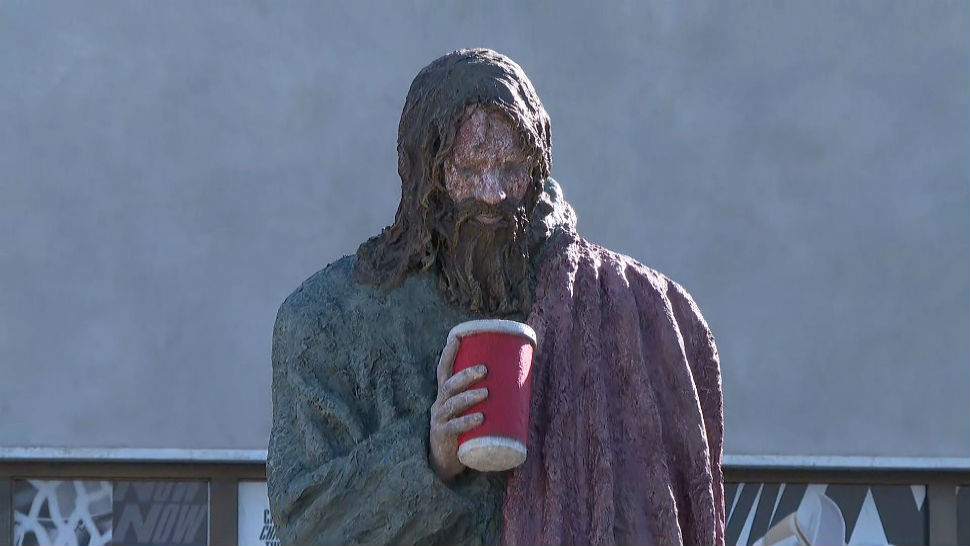 Christian Bale puts his foot down in Ford v Ferrari