I was looking for an art-related movie on Netflix last night, and happened upon “Struggle: The Life and Lost Art of Szukalski,” about the 20th Century Polish sculptor and painter Stanislaw Szukalski. I had never heard of him before, yet the movie explains his incredible reputation prior to World War II, with comparisons to Michelangelo, among other artists. The documentary reveals an unusual but fascinating man, and his story of great fame followed by losing almost all of his life’s work during a German bombing attack on Warsaw in September 1939. After that, he and his wife left for the United States, settling into Los Angeles, and living a somewhat quiet life under the radar of public awareness. The DiCaprio connection initially came from his father George, who became a friend of Szukalski and his wife Joan.

Here’s the official trailer for the movie, followed by a couple artworks. For more on Stanislaw Szukalski, check out his Wikipedia page here.

Below left is “Self Portrait” from 1913, and below right is “Monument for the Mermaid of Warsaw” from 1954. 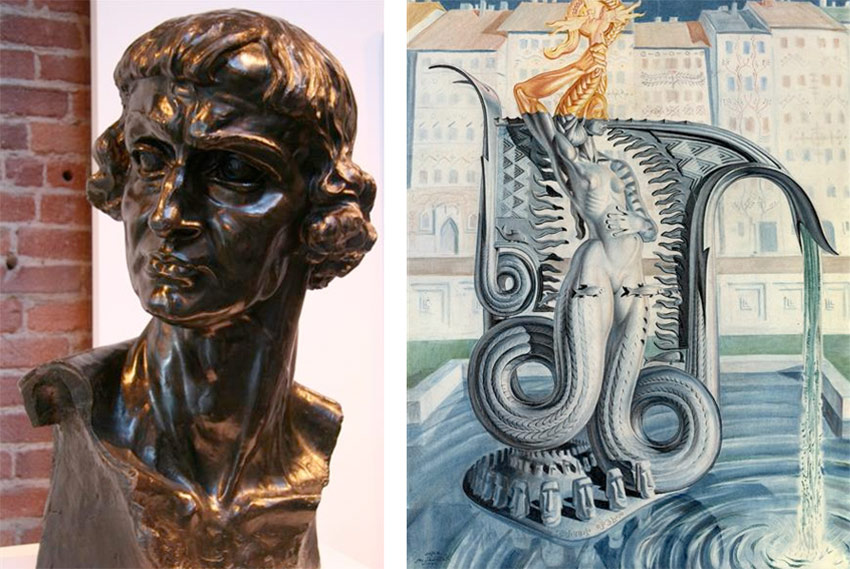 The Story of Women Artists for Revolution, a Movement Against Patriarchy

Artist Clara Adolphs gave herself 10 years to make it. And she did.

The Making of Sunset Sail – A Video from William B....

Sculptor Guide - July 25, 2020
0
Thanks for subscribing! Please check your email for further instructions.