This is a crazy and scary time in the world with the outbreak and spread of the coronavirus pandemic. First and foremost, let’s give a link to the CDC website where one can get evolving information on COVID-19 as it becomes available from the Centers for Disease Control and Prevention.

I was watching the news today, and saw a press conference by New York Governor Andrew Cuomo, and one of his points was the concern about maximizing existing hospital capacity as well as utilizing the Federal Government to find and retrofit, or build new medical spaces to meet the eventual needs of coronavirus patients.

All of this brought to mind the fact that here in New Jersey, in Belleville, near Newark, is an imposing building which was part of an extensive compound originally built in 1905, which once functioned as the “Essex County Isolation Hospital.” Considering the current events, I was curious to learn more about this building.

I’ve been aware of this building for a long time, and years ago I used to joke with my kids when they were younger that it was an “insane asylum” (making comparisons to the Arkham Asylum in one of their favorite Batman video games). I didn’t know at the time that it had a history as an isolation hospital, I was just goofing around with my kids because it looked ominous on its remote and removed hilltop location, especially at night, since it was abandoned at the time. Compare my photograph below taken today with this view of the imaginary Arkham Asylum. 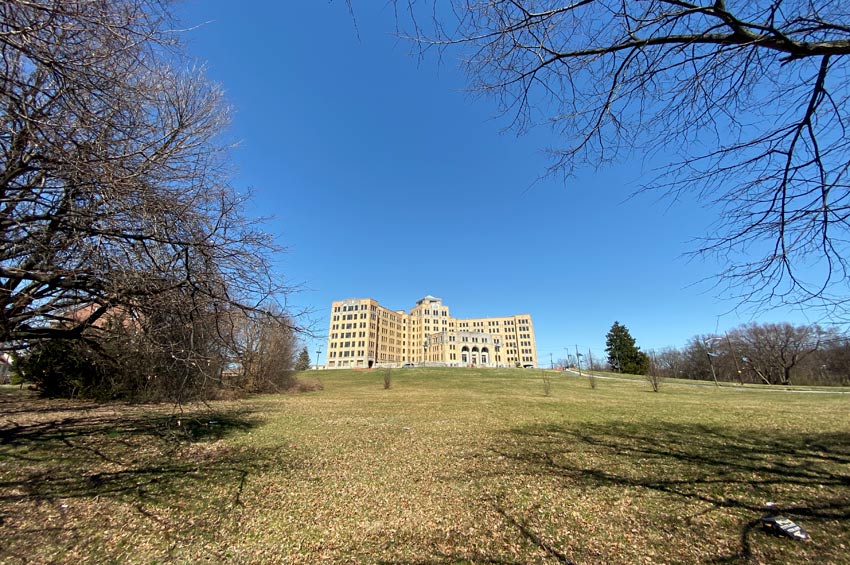 At any rate, enough with the Batman comparisons … let’s get into a little factual history of the actual hospital. As I mentioned before, it was originally built in the early 1900s in order to handle local cases of infectious diseases. There was already a sanitorium for tuberculosis out in the countryside (50 miles west, in Glen Gardner, NJ), but local health officials wanted an isolation hospital to be built near the city of Newark. Over the years it housed a range of residents, including isolation patients with polio, orphans and disabled children, and the elderly, before becoming a cancer research facility in 1996, which operated for 15 years before closing in 2011. It served as a movie location for scenes from the 2001 movie “A Beautiful Mind,” and you can see the front exterior for a split second – at exactly the one minute mark – in the official movie trailer here.

To the best of my knowledge, the building has been abandoned since 2011. Although there is some limited evidence of activity these days around the building, what’s interesting – or perhaps mysterious – is that I can’t find any current information on what is happening there now. There were reports of the building being sold to developers for mixed retail and residential use back in 2015, and I saw another report that said to “expect occupants by 2017,” but over the past year and a half, there hasn’t been much happening at all. If you have any information about the history or current status of this building and location, please share in the comments section after the additional architectural photos below. 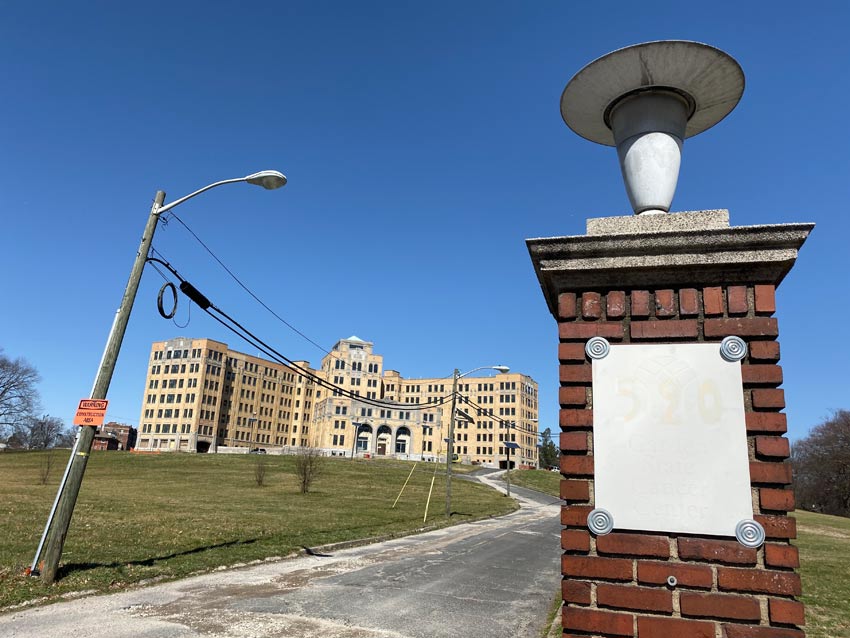 Jung Chang and the astonishing story of the Soong sisters

A true force of nature, Sammy Power made an impression like no one else

A positivity rock garden in the age of coronavirus – The...

The Other Art Fair Is a Laid-Back Alternative to See the...