Edifice: “a building, especially an imposing one.” or as “a complex system of beliefs.”

With the words of Emerson and Thoreau in mind, Marc Thorpe Design created a modest retreat in Freemont, New York. The Edifice feels like a million miles away from New York City, yet it’s located just two hours northwest in the western Catskill Mountains. The minimalist cabin spans a mere 500 square feet in a clearing surrounded by trees, perfect for anyone craving solitude. Described as “introverted architecture or neo-transcendentalism,” the Edifice lives in physical isolation as a self-sustaining infrastructure that’s in balance with nature. 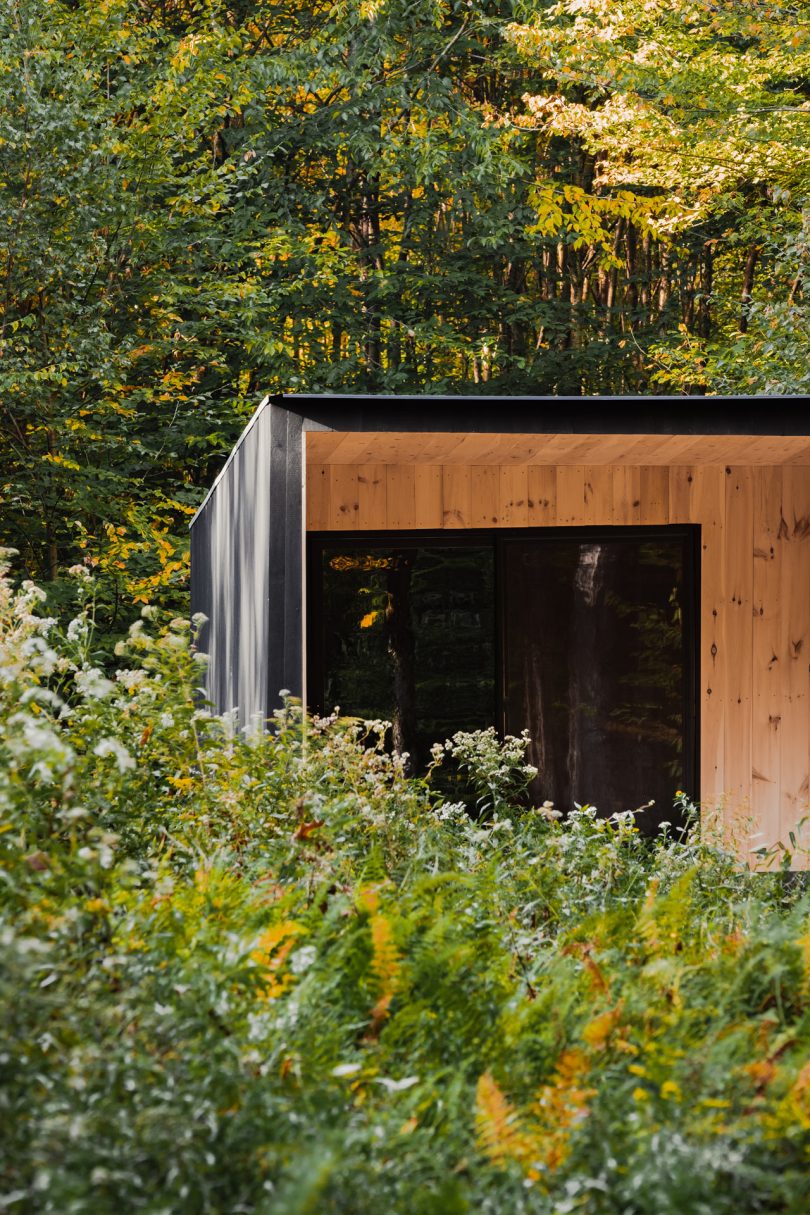 I need solitude. I have come forth to this hill at sunset to see the forms of the mountains in the horizon—to behold and commune with something grander than man. Their mere distance and unprofanedness is an infinite encouragement. It is with infinite yearning and aspiration that I seek solitude, more and more resolved and strong; but with a certain weakness that I seek society ever. 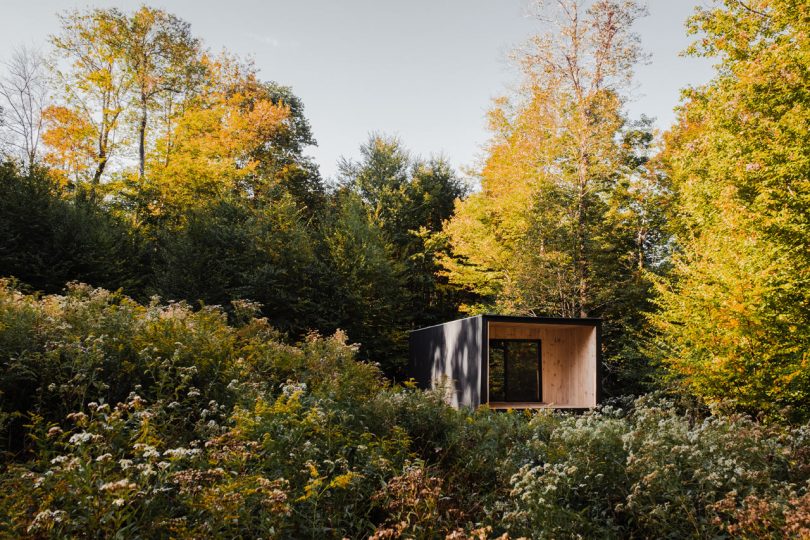 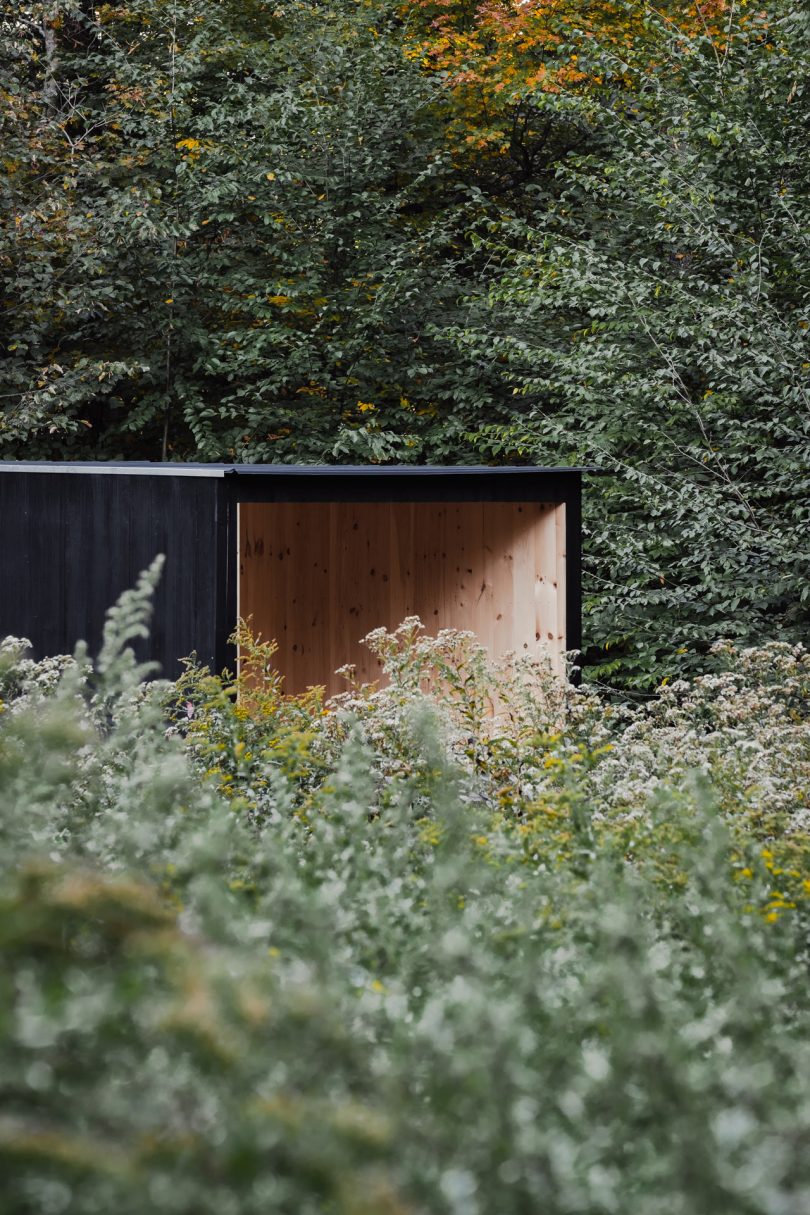 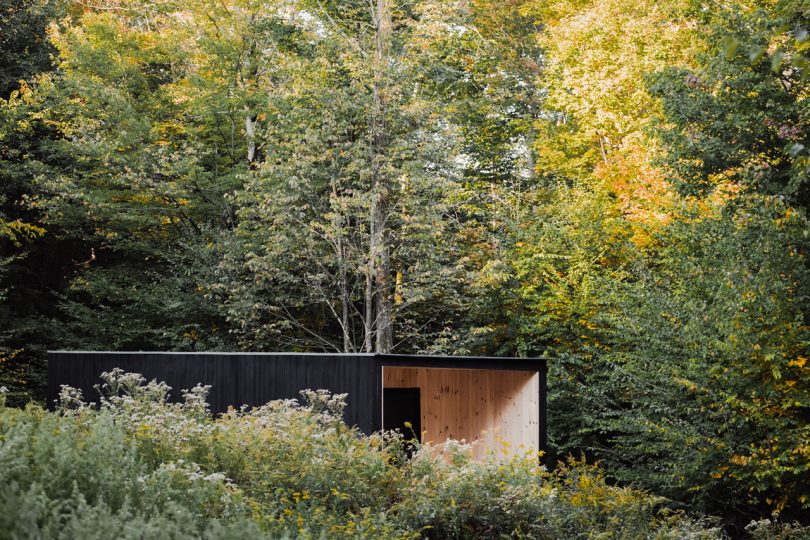 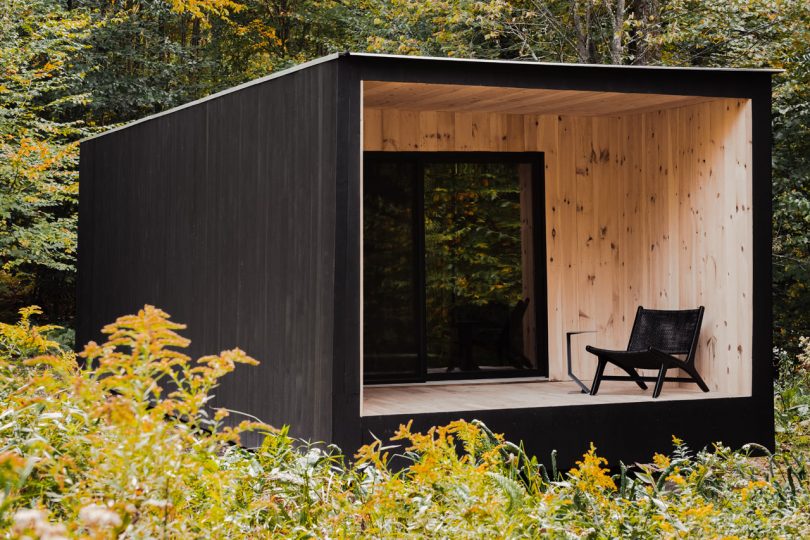 The cabin, both inside and out, is stripped back to the bare essentials, encouraging one to live with only what’s absolutely necessary. The structure appears as a rectangular black box with no clear entryway. On the south and west sides, only a narrow vertical window bisects the façade. On the north side, the cabin begins to reveal itself with an inverted outdoor deck clad in contrasting unfinished wood that becomes the entrance to the house. 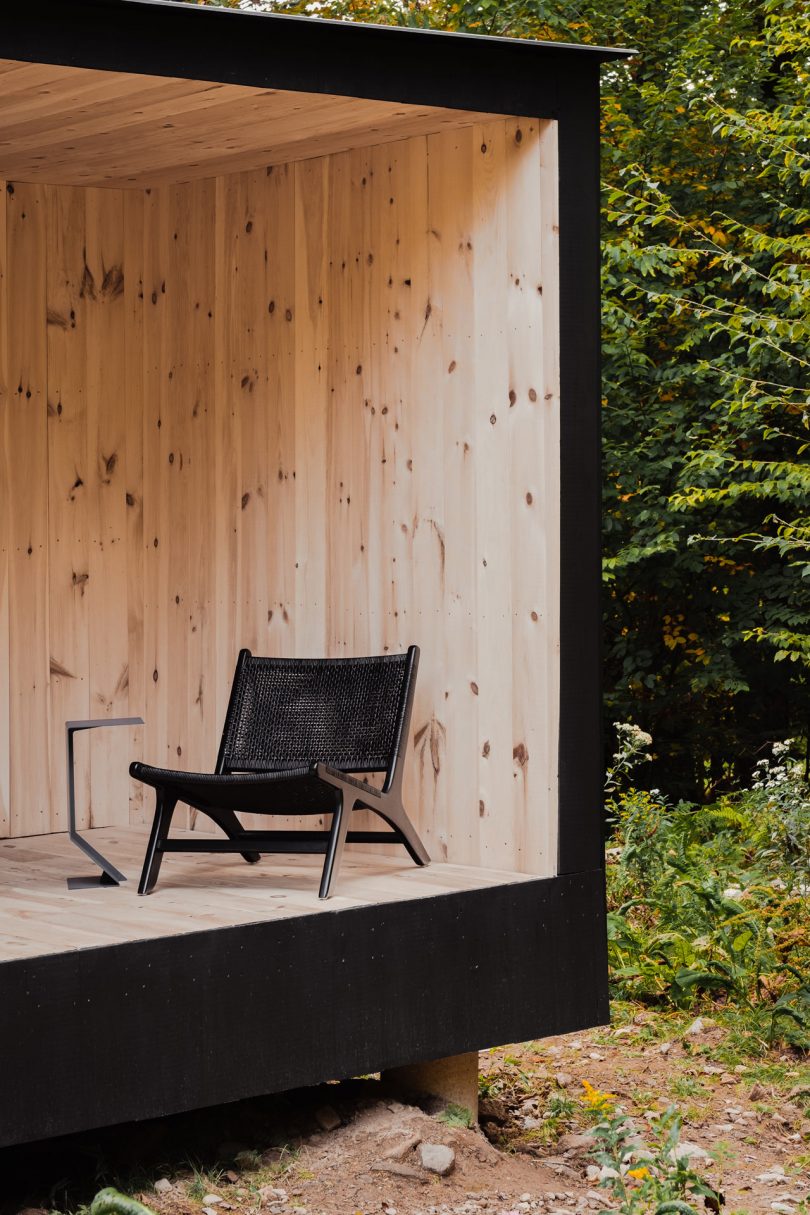 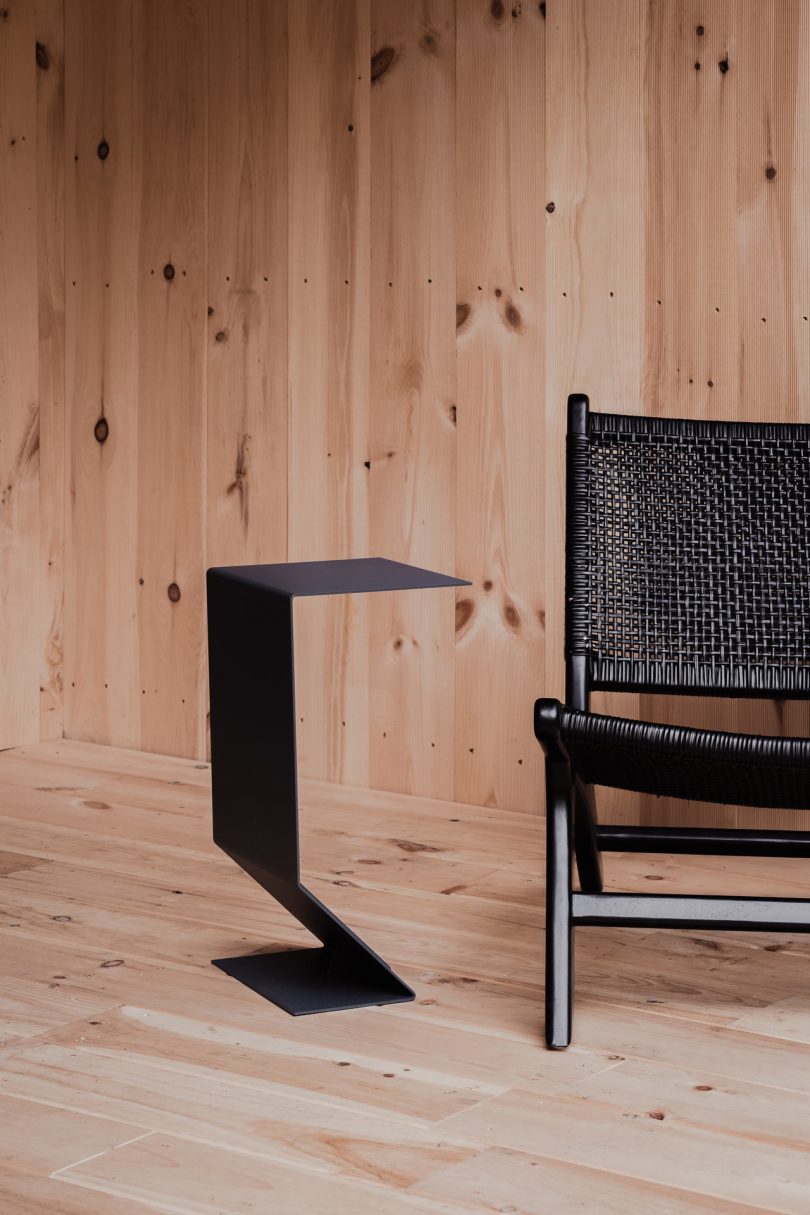 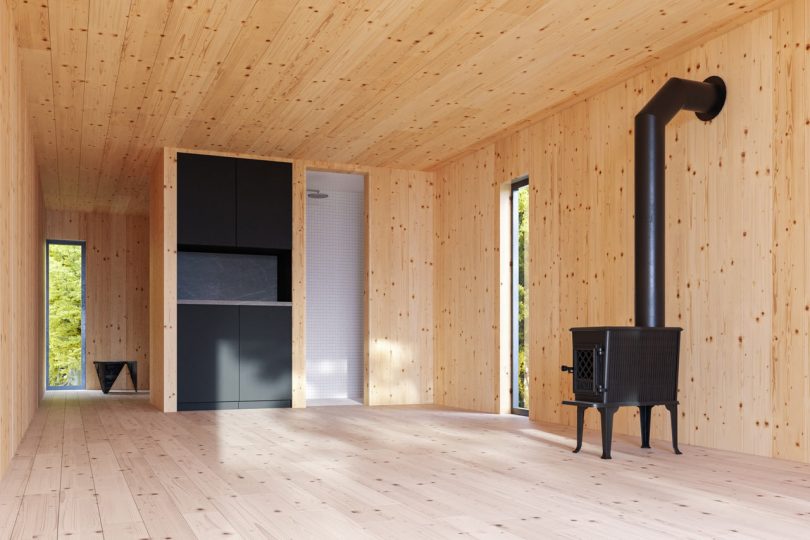 The interior is divided into four zones – Live, Cook, Dine, and Sleep – with the Sleeping and Living areas separated by the service core that houses everything needed to live there. Everything that makes the cabin run are “introverted or “off-grid,” including solar power, water harvesting, and composting toilet. A small wood burning stove provides heat while cross ventilation keeps the Edifice cool. Any lighting needed is provided by candlelight. 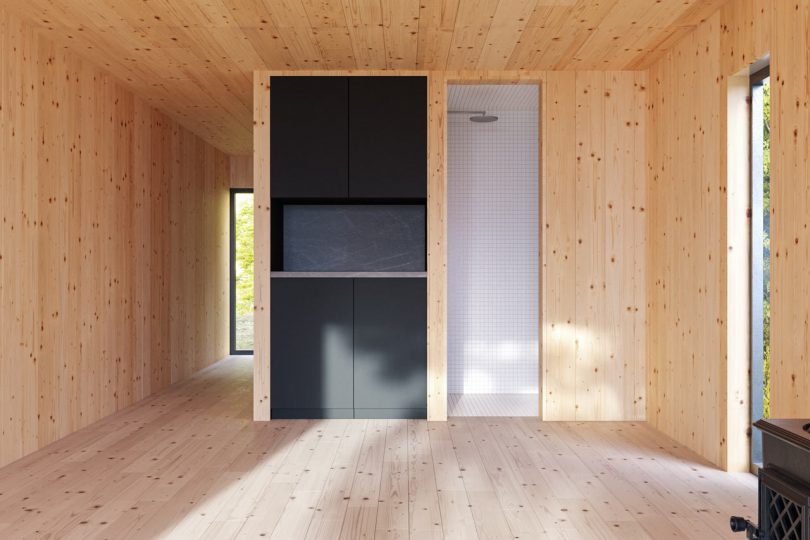 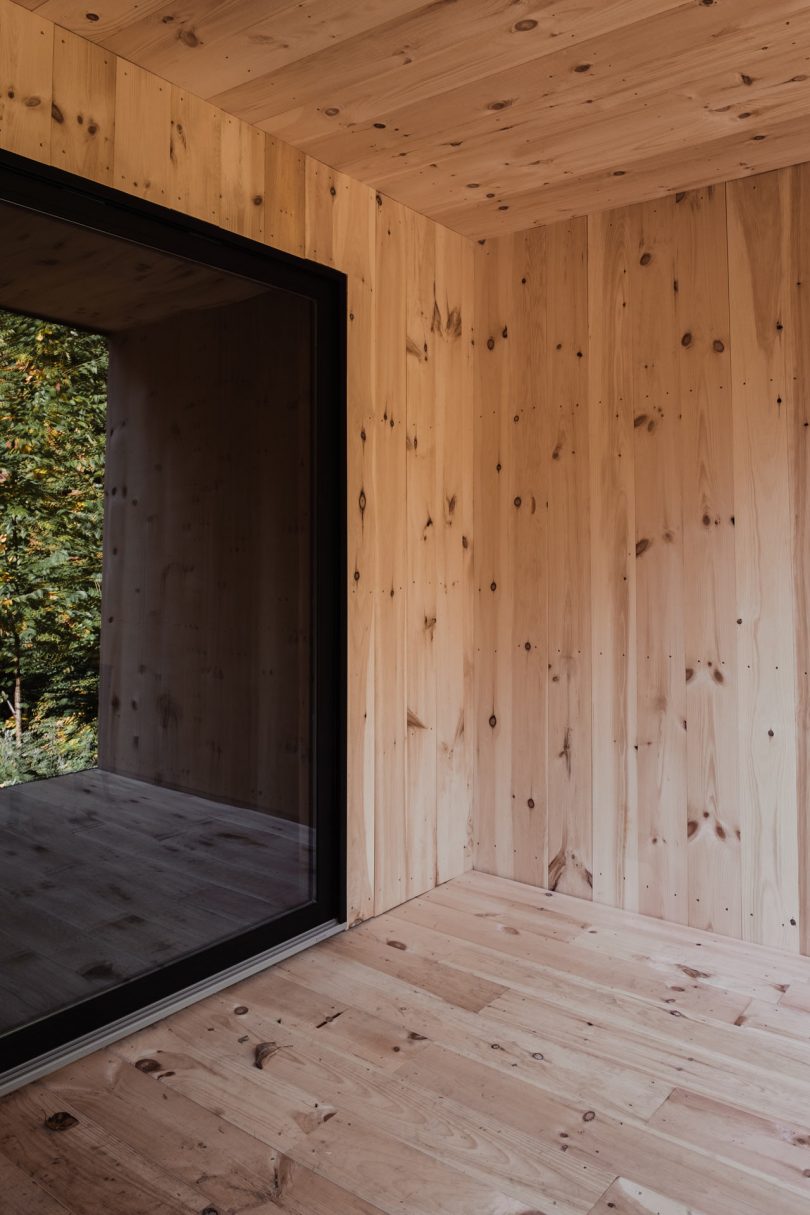 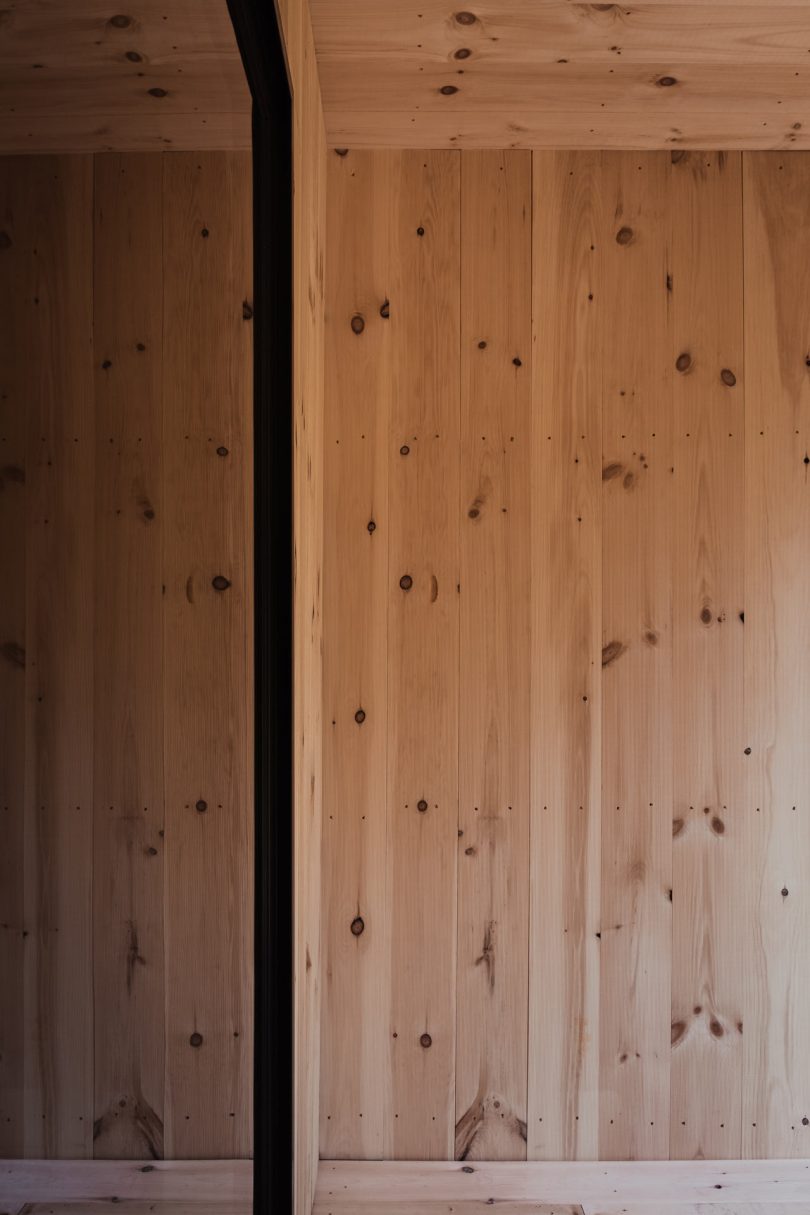 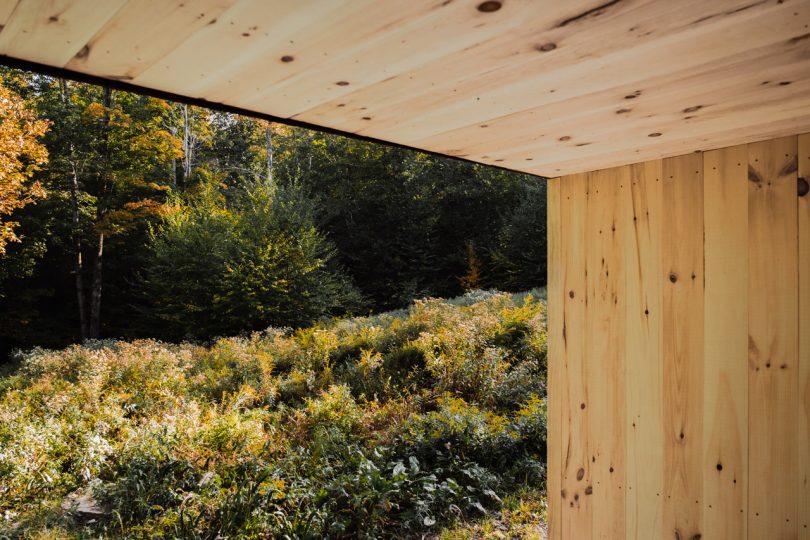 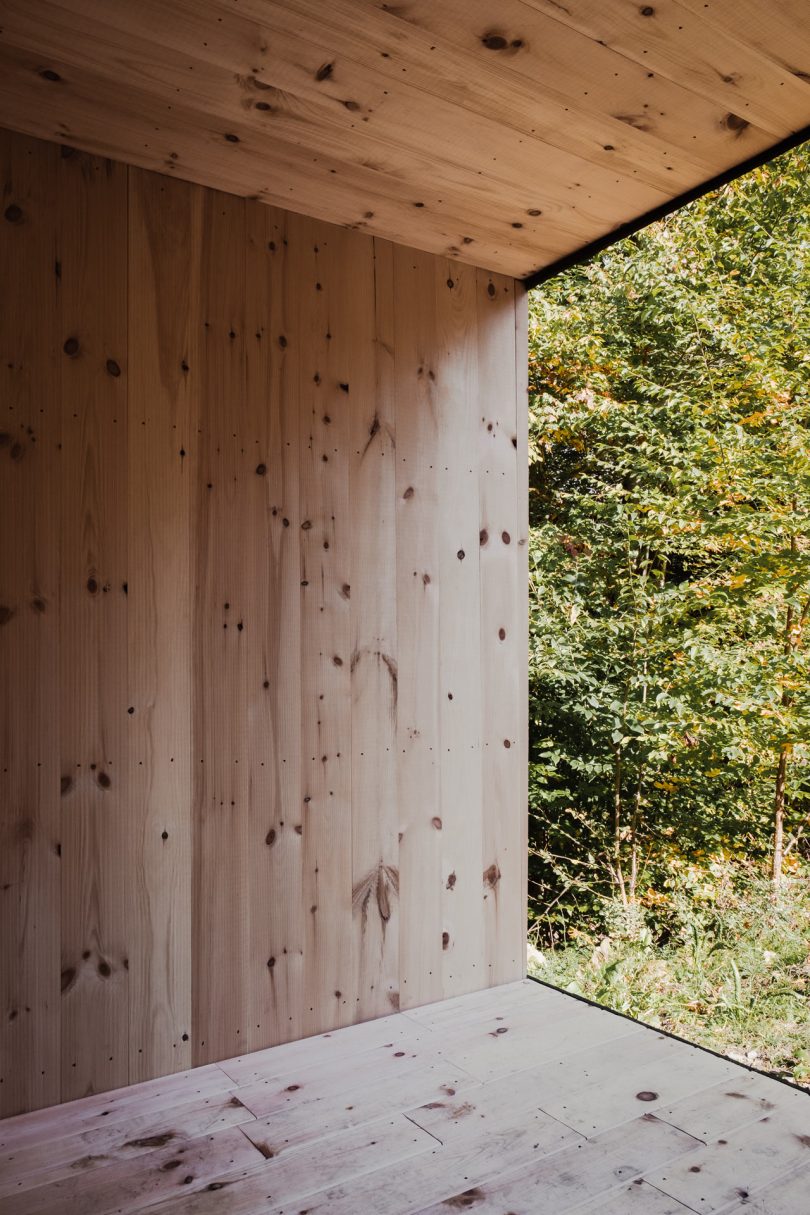 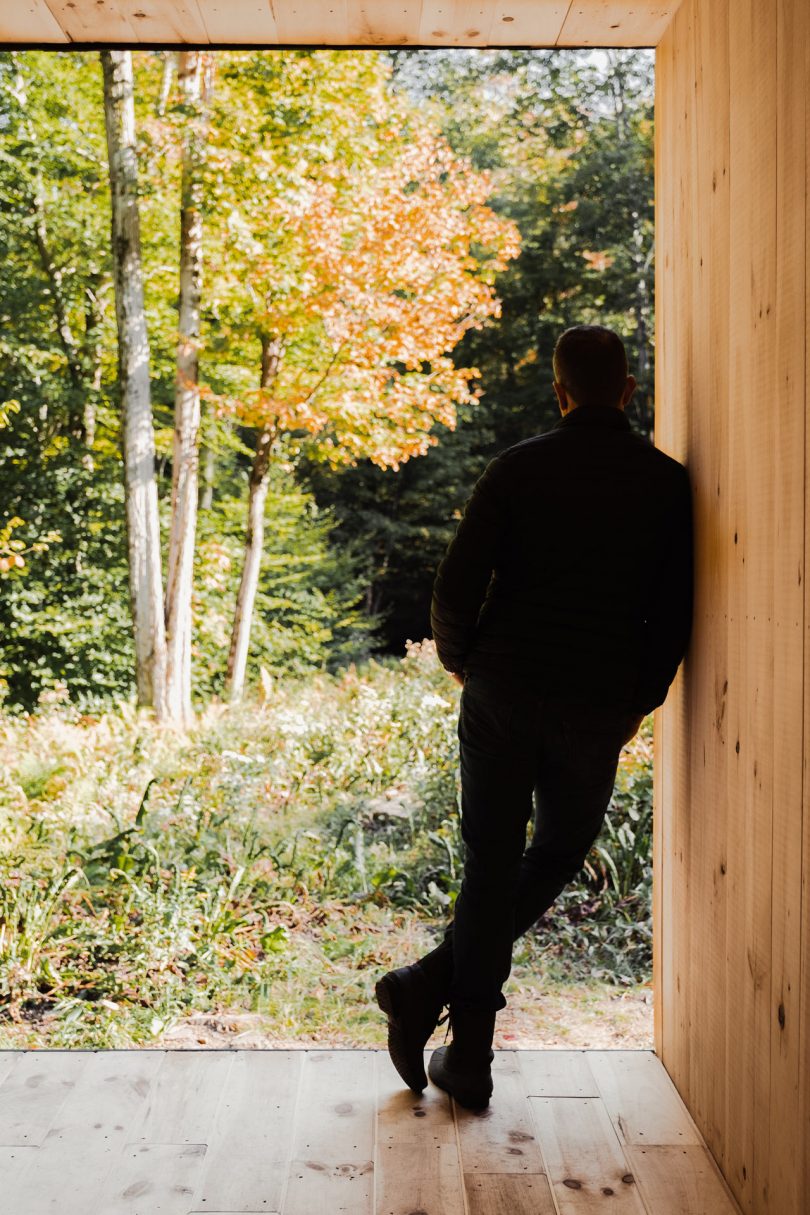 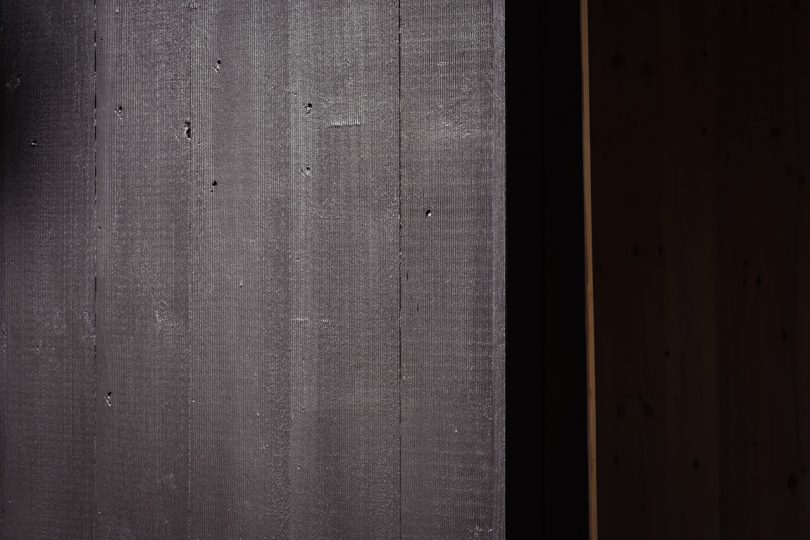 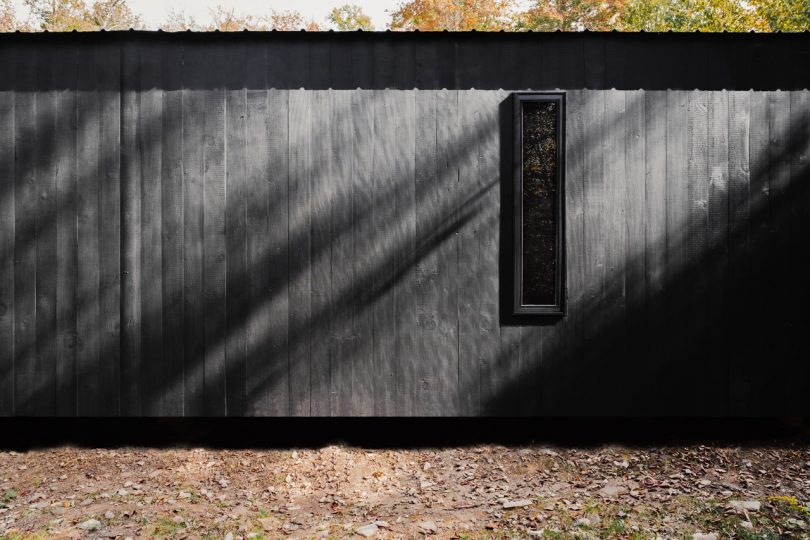 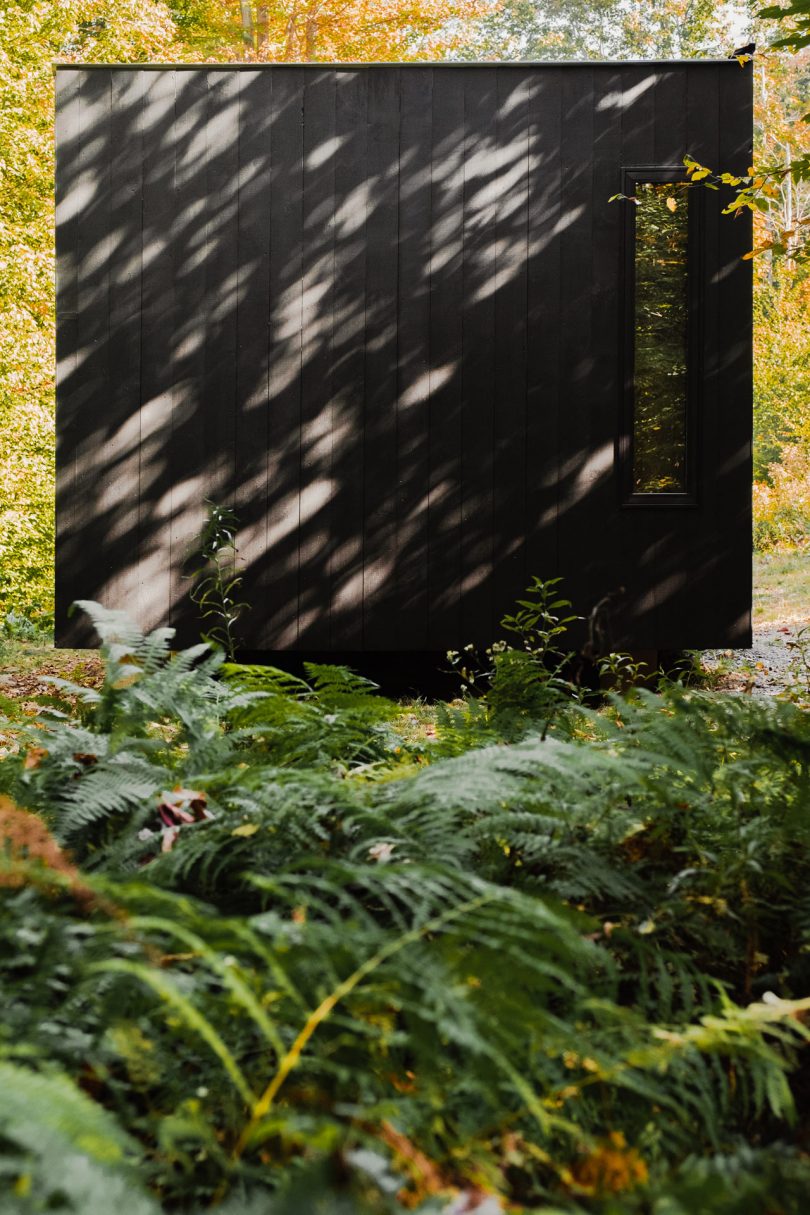 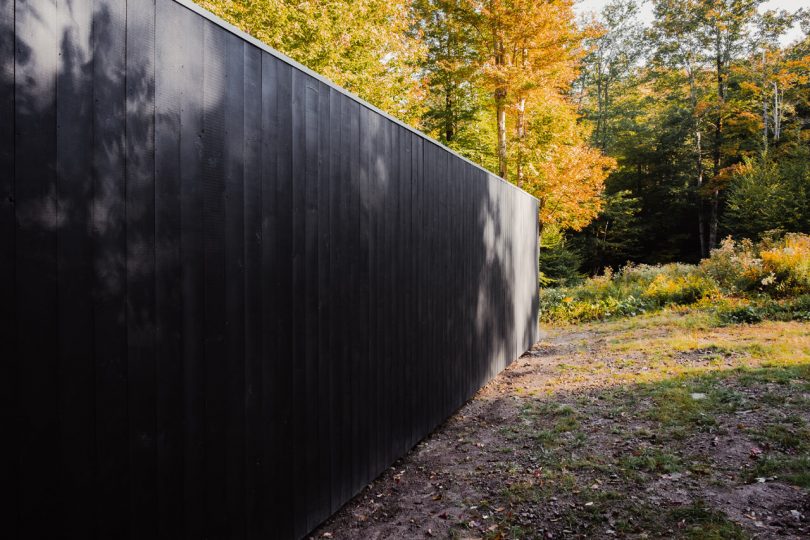 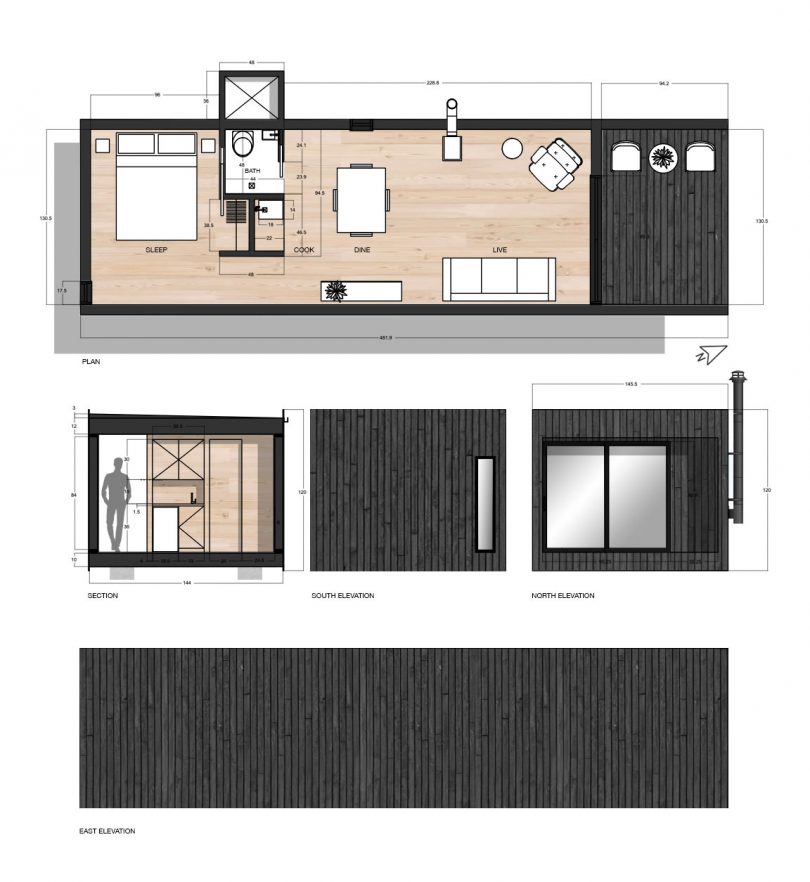 Jung Chang and the astonishing story of the Soong sisters

A walking tour of suburb’s working-class past

How much did Blade Runner, set in November 2019, get right?

Sculptor Guide - November 2, 2019
0
Thanks for subscribing! Please check your email for further instructions.