I happened upon these interesting silhouette portraits of Martha Washington (below left) and George Washington (below right), made by Eleanor Custis, who had a somewhat confusing relationship to the first President of the United States and the first First Lady. Custis was the granddaughter of Martha Washington, but was adopted by George and Martha, which made her George’s adopted step-daughter, if I’m correctly following the explanation given by The Met and what I see here.

At any rate, she lived with George and Martha at Mount Vernon, and continued to live with them as they moved to the various presidential residences during his term. Washington left office in March of 1797, and Custis made these portraits in 1798. 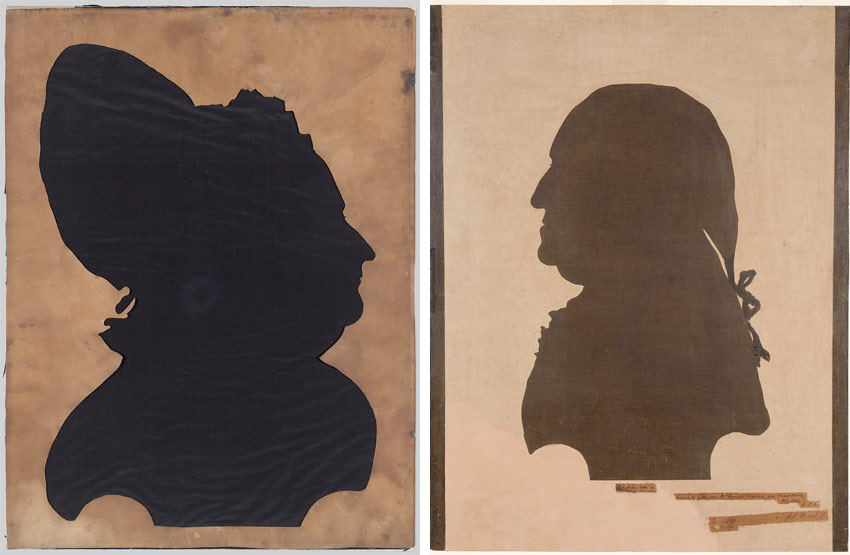 NFT Art Goes Viral and Heads to Auction — But What Is It?

From Rum Punch to Curries, This Artists’ Cookbook Is Deliciously Inclusive

Behind the Scenes at a Groundbreaking Clinic for Transgender People

NFT Art Goes Viral and Heads to Auction — But What...

From Rum Punch to Curries, This Artists’ Cookbook Is Deliciously Inclusive

Sculptor Guide - December 4, 2020
0
Thanks for subscribing! Please check your email for further instructions.