I saw these three angel figures on a walk in my neighborhood in Belleville (NJ), and they represent the old proverb “see no evil, speak no evil, hear no evil.” I found the position of the far left angel to be humorous, because she’s taking her mission to the extreme; not only is she using her hands to cover her eyes in order to see no evil, but she’s laying down and facing the ground in order to make sure that she sees absolutely nothing. (scroll down for more below the picture) 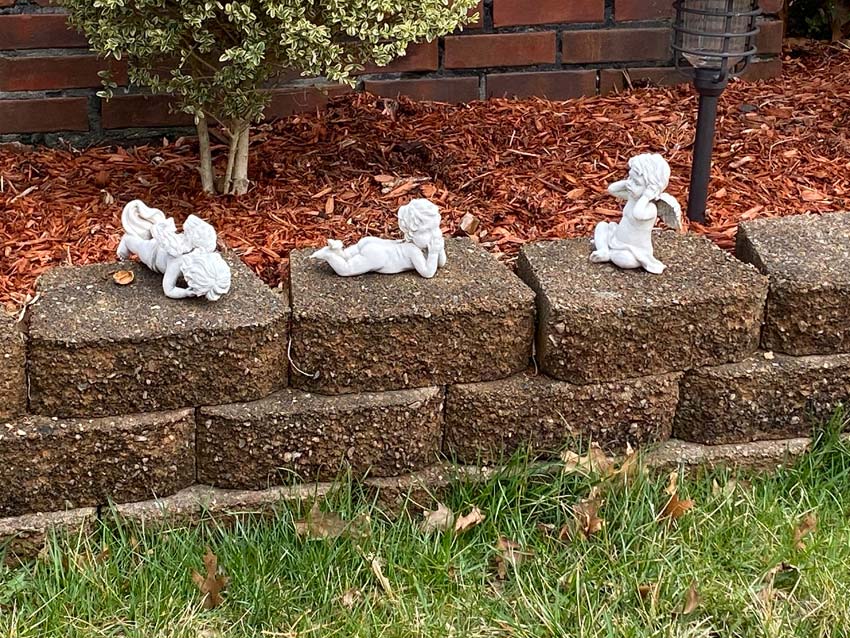 I’ve been familiar with this phrase and concept for years, but didn’t realize that there are two or three different schools of thought on this expression. The origin of this came from a 17th-century carving over a door in Japan which featured three monkeys. The thought was that one could remain pure and good by not dwelling on evil thoughts. However, there is a different thought in the west that this refers to someone who looks the other way when someone else engages in evil, so it can take on a negative connotation. It is also suggested that it could be a code of silence for gangs or organized crime … hmm, I always thought of it as the first message, and in the case of using angels (instead of monkeys), that’s how I would interpret it. Please share your thoughts in the comments section below.

from mountain running to landscape architecture

Gen Zers in Russia Are Using TikTok as a Catchy Tool...

At Bus Stops Around San Francisco, Radiant Photos of the City’s...

Sculptor Guide - December 4, 2020
0
Thanks for subscribing! Please check your email for further instructions.