On any given morning in DC, tourists flood the National Mall, motorcades upend traffic, and Hill staffers scramble to keep up with their bosses. It’s another hectic day in the nation’s capital, but to artist Lee Ufan, it’s a laid-back escape from his home in Tokyo.  “It’s so quiet and [moves] slowly,” he says. “It’s a more reflective city. Walking around, the city looks very relaxed and fresh. My thinking is quieter and more organized here.”

His 10 new sculptures at the Hirshhorn are a continuation of his “Relatum” series; a reflection of that perceived sense of quiet, with works that subtly transform the green space around the museum. Ufan is renown for founding the Mono-ha art movement in the 1960s as a minimalist response to expanding Japanese industrialization: The form explores the relationship between nature and industry, or in the case of this installation, between stone and steel. It’s the first time the museum has invited a single artist to reimagine these grounds and for Ufan, it’s his largest installation of new work in the United States. He divided the grounds into ten “units,” each meant to be viewed like a 360-degree photo. Ufan wants visitors to interact with the art and to view it from all angles to see the relationships the rock and steel have with their man-made and natural surroundings. 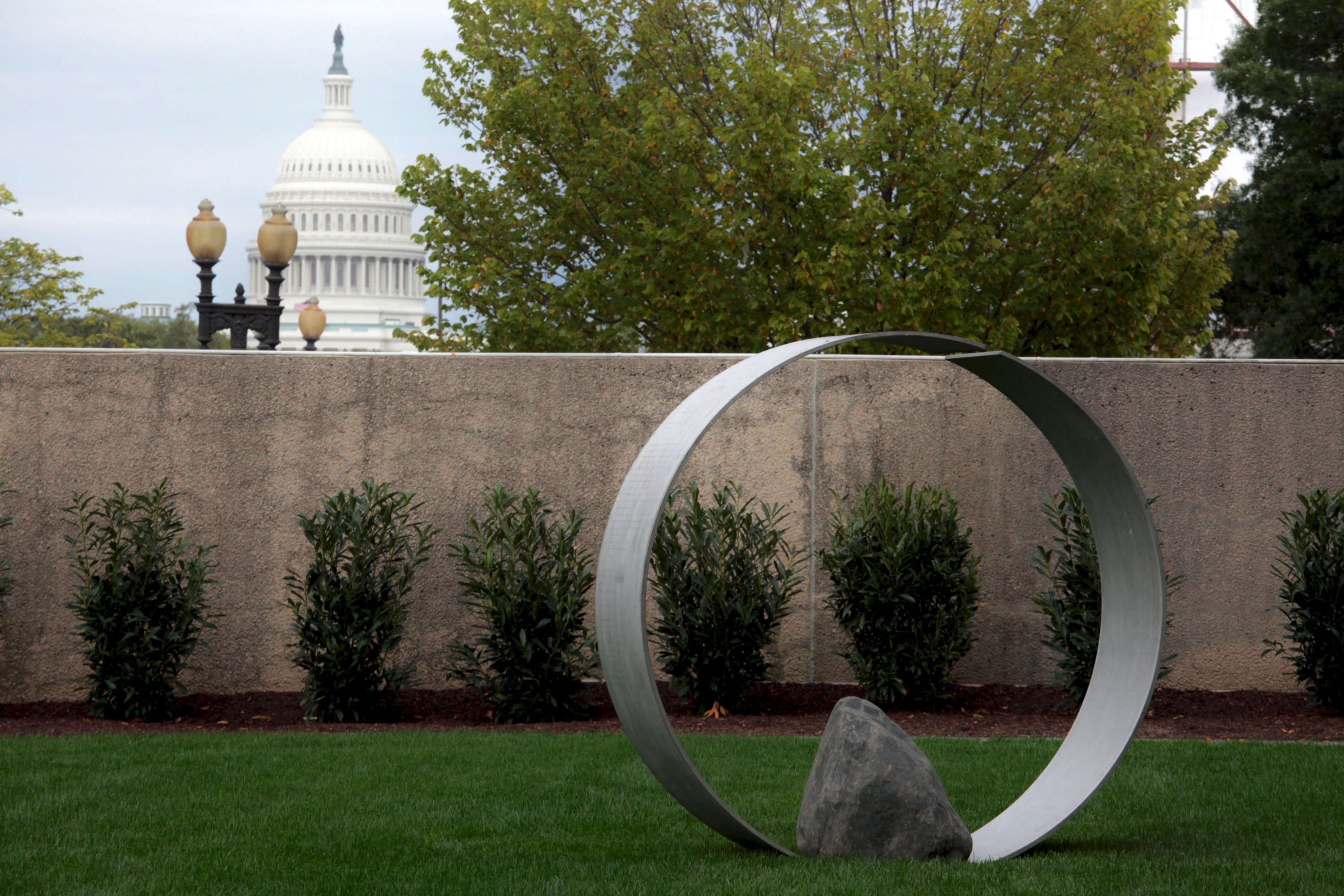 “There’s no special meaning behind the ring or the rock,” Ufan says. Instead, any meaning comes from how the ring and rock interact with the grass, or the shrubs, or even the Capitol off in the distance. “Of course sculpture consists of objects, but what’s more important in my work is place and space.”

Ufan encourages visitors to get up close with his work, to hear the gravel crunch under their feet and really get involved with the space. “Everyone’s experience [with my work] is going to be different,” he says. “Maybe they’re thinking about their childhood. It will be different for everyone, but I want everybody to have some kind of feeling or reaction.” 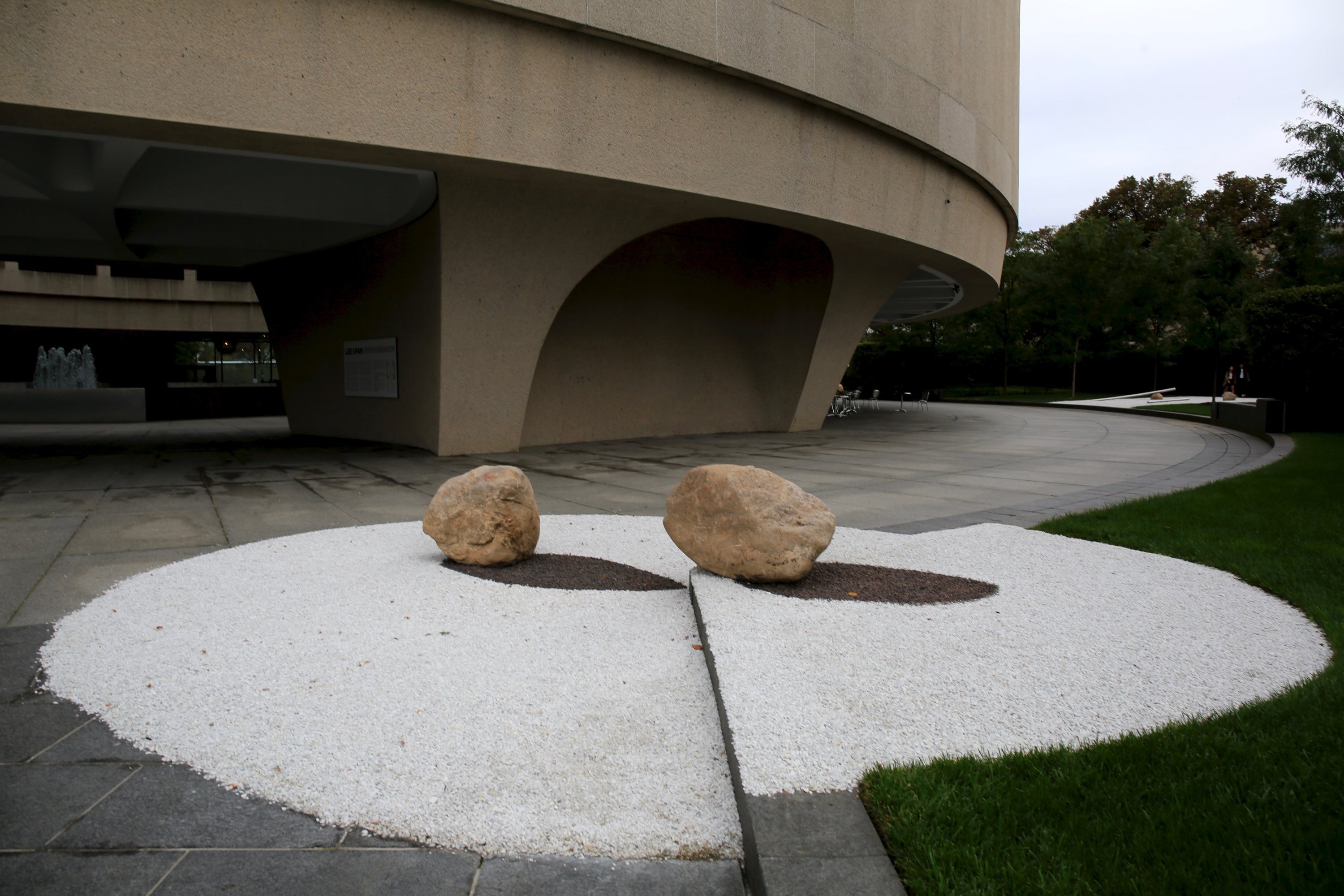 The small boulders in this work seem to work together but the painted shadows—and the natural ones that you’ll see in daylight—tell a different story. “These two stones are supposed to be in dialogue with one another, but deep down they’re not, as shown by their shadows,” Ufan says. “They’re thinking about opposite things. Their intentions and their actions are different.” 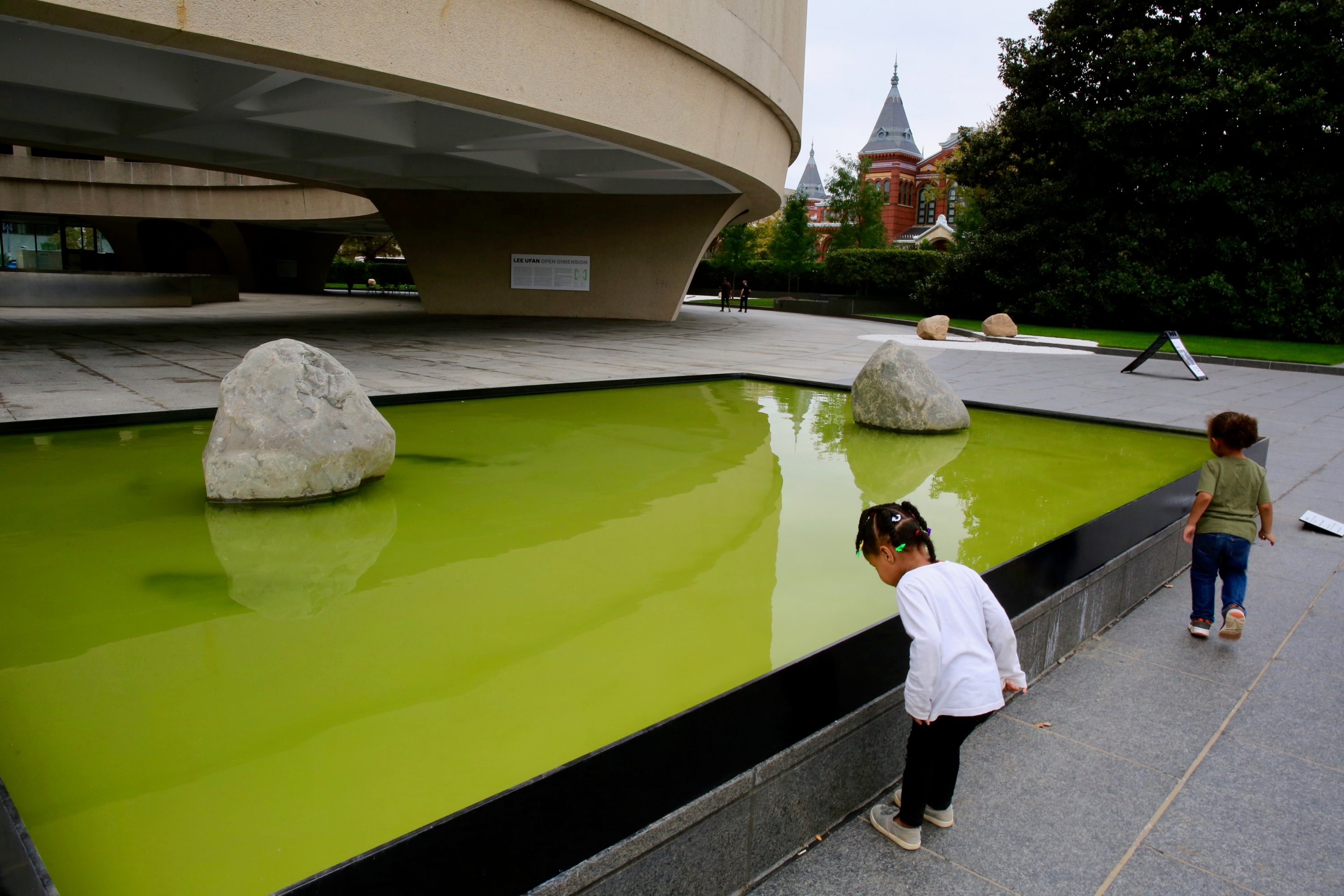 This is one of two units in the installation that features water. Here, Ufan explores movement and stillness by contrasting the placid water and the wriggling rays of light reflected onto the rocks when the sun comes out. 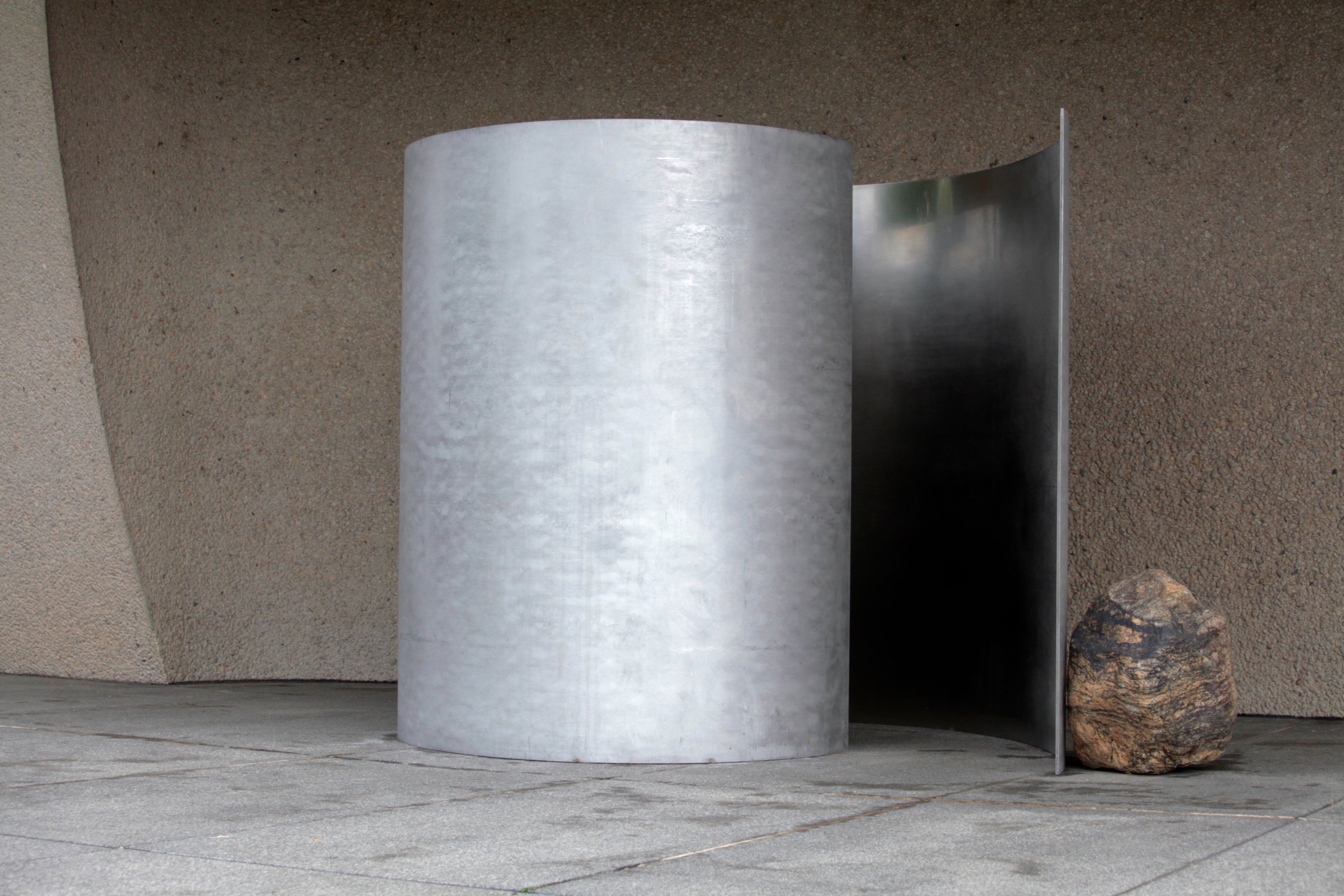 Ufan’s work pulls from the Brutalist architecture of the Hirshhorn itself, too. Here, he is trying to emulate and expand off of the museum’s curved alcoves in a spiraling piece that visitors can walk into. Inside, the polished, reflective steel distorts the space, creating a feeling of vastness and confusion. “Art is not everyday thinking,” he says. “It’s not one-dimensional thinking. It’s thinking in multiple ways, spaces and dimensions.”

Lee Ufan: Open Dimension will show at the Hirshhorn until September 13, 2020.

Jenny Slate and the known unknowns of being known

Out of the rubble at Sydney’s Hilton hotel

Updating the Myth of Hercules for the #MeToo Era

Police Seize Sculptures from a Belgian Museum After a Church Complained...